As mentioned elsewhere, "ARM CPU is the not main CPU - it's only a co-processor to the VideoCore GPU. When the RaspberryPi starts, a GPU blob is read from the SD card to the L2 cache and executed. This code then brings up all the important peripherals (RAM, clocks etc) and starts the ARM CPU. Then the 2nd stage bootloader or some operating system itself can be run on ARM CPU."

According to this and other sources, RPi boot process looks like this:

For board to boot you need an SD-card with FAT32 partition, and files mentioned above placed in a root of this partition. Binaries are available here in boot folder. Actually there are more of them there:

config.txt and cmdline.txt are just a text files, you can edit them according to docummentation. kernel.img is usually a linux kernel - the first thing to run on ARM CPU, but it can be an additional chained boot loader like u-boot, and for our experiments we will use the later.

RPi has HDMI and composite video out and 2 USB ports for keyboard/mouse, but this is not very convinient, when sitting most of the time by a normal workstation. In this case optimal way for user i/o would be serial console port with USB interface towards PC.

Raspberry Pi has built-in TTL (Transistor-transistor logic) UART (Universal Asynchronous Receiver/Transmitter) for serial communication, and it can be connected to PC via external USB-to serial converter. I bought this one from DX. It's based on CP210 chip, has 5 pins (+3.3V, TX, RX, GND and +5V). It does not have RTS or DTR line for resetting Arduino, but we don't need it fo RPi.

Linux kernel recognises it out of the box on the PC side by cp210x driver, and creates ttyUSBx interface:

For Windows you need drivers avalable from here. 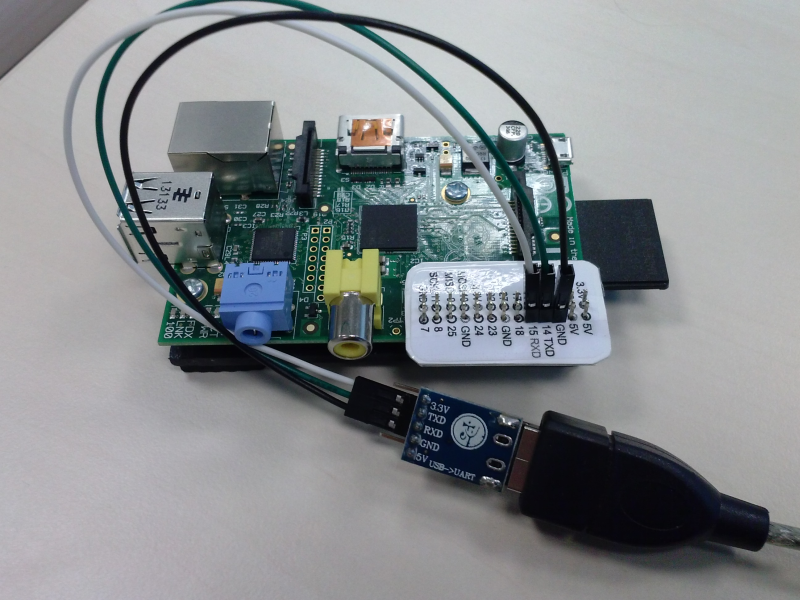 We actually can use +5V pin on a converter, connecting it to 5V GPIO pin on the board to feed RPi from PC's USB via the same connection, instead of using external power via micro-usb connector on the board - it's sufficient to boot RPi without external USB periferials attached, but the problem here - we will not see the start of the boot process, as serial interface device is non existant prior to connecting converter to PC and launching terminal emulator takes time. Or, alternatively, we can add power switch to the wire between 5V pins.

Raspberry Leaf aka GPIO Reference Board, is a small reference card, mounted on top of the GPIO pins - good thing for humanitarians like me, "an extremely cheap way to avoid making potentially fatal mistakes when prototyping". Adafruit sells pretty one, but $2.95 + xN shipping is kinda overprice for me, so I went printing one myself, taking initial png file from here. and tuning it a bit using mad M$Paint skillz (original was little too wide). This one is for rev.2 boards pinout: 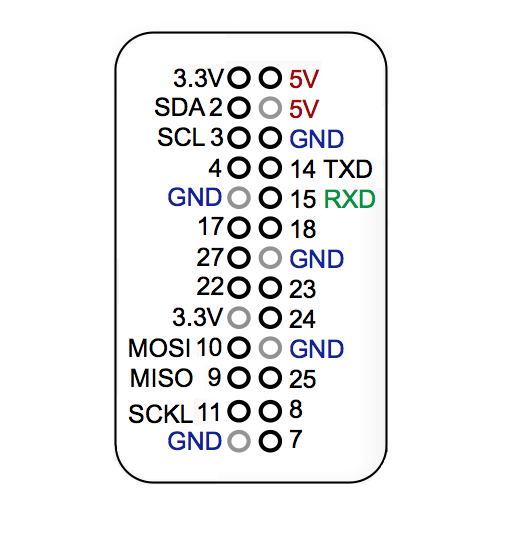 Sticking it with a clear tape to the thin PVC and drilling the holes: 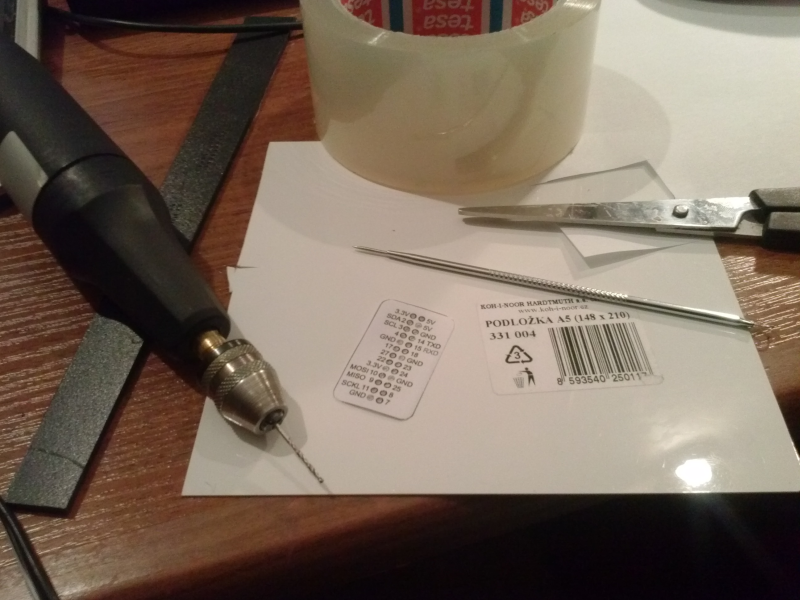 Result is not exactly chef-d'oeuvre of industrial design, but it works: 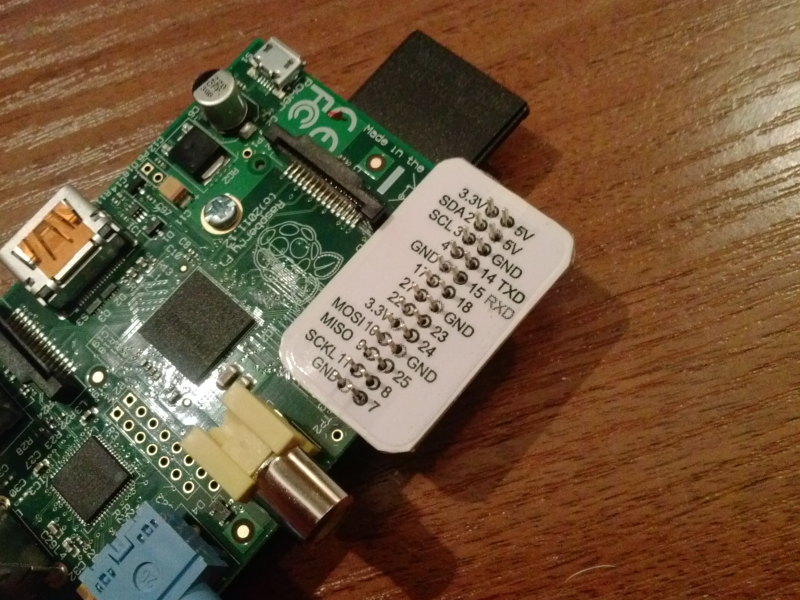 So I finally got some more time to play with the Raspberry Pi.

First, out of the 3mm PVC foamboard piece, 2 5mm spacers, 2 M3x12mm screws with nuts and washers and two furniture sticky pads cut in half, I've made a base for the board: 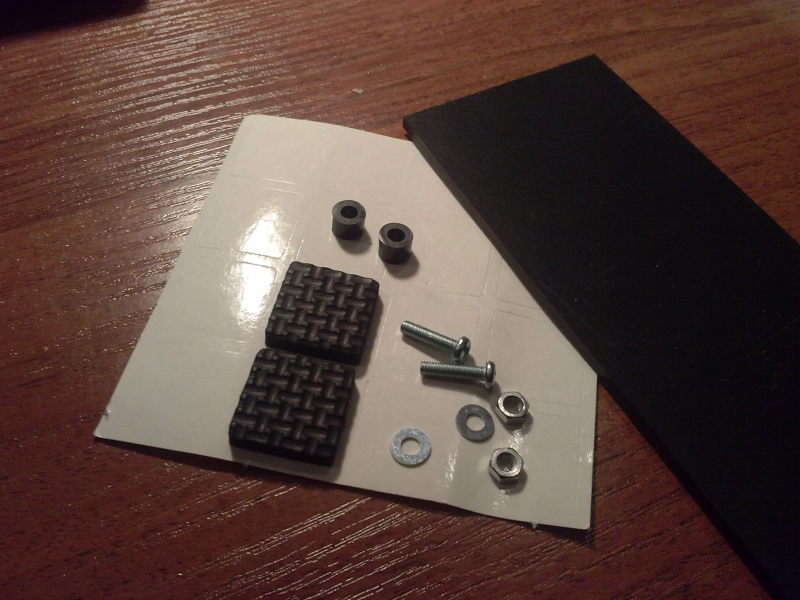 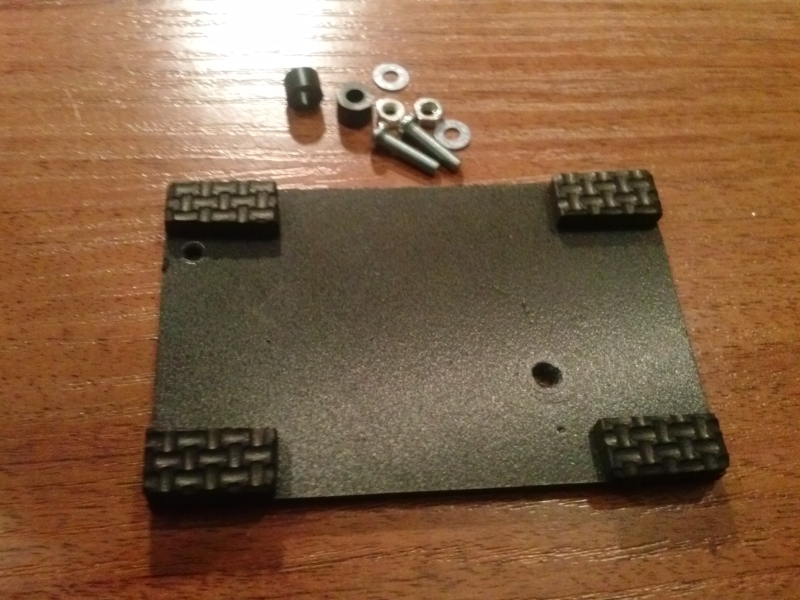 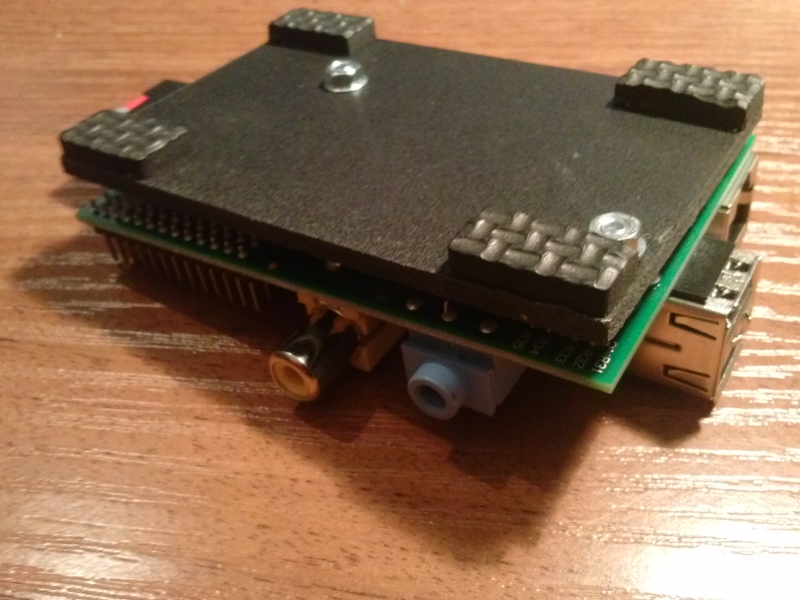 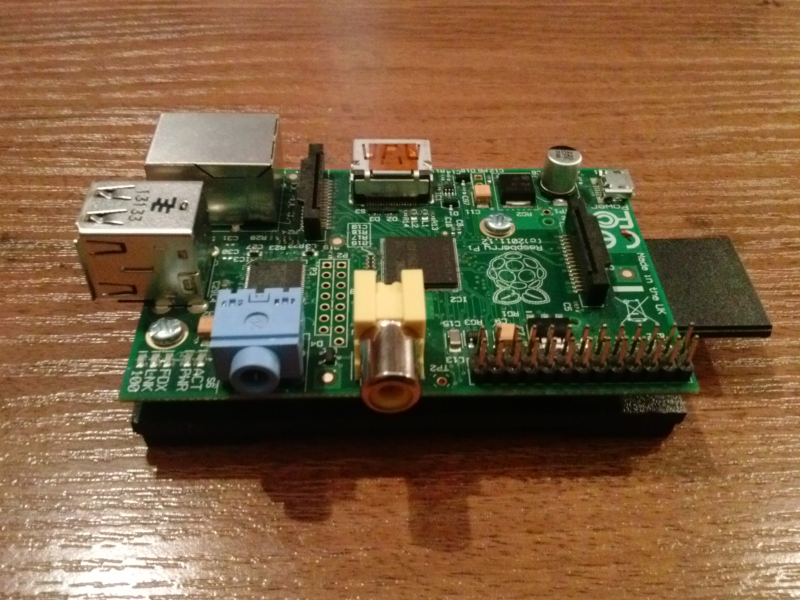 Or better use one of the more elegant patches available.